Pre-‘ramble’ – Terrible Minds (http://terribleminds.com/ramble/2014/01/24/flash-fiction-challenge-fairy-tales-remixed/) decided to run a short story challenge this week where people had to take a well known fairy tale and re-write it in a different sub-genre.  I though “I like the sound of that” so decided to give it a go so chose “The Emperor’s New Clothes” and satire.  It was way more of a challenge than I was expecting but loved every minute of it. Oh and it is more than three time longer than my usual stories, hope you forgive me. ;D

As the latest manufactured global singing sensation “The Emperor” thought of himself as the dogs bollocks.  In fact if he could prove the point by licking his own he would, but after many hours of strenuous yoga practice he gave up on the idea as something that was never meant to be.

He had the World at his feet but even so he was one seriously pissed off young man.  Why I hear you cry?  He hated, and I do not use that term lightly, the “manufactured” label.  Yes his songs may be written for him, his dance moves laid out in an idiots guide & his clothes handpicked every morning but he truly believed that without him they would be nothing.  Why could they not see this?

Therefore on a rare evening off from posing with his latest Ferrari/girlfriend/A list rapper* (*delete as appropriate) he decided to sit down to come up with a way to prove he was more than just a poster boy.  He racked his brain until it hurt; which was about ten minutes after he’d sat down.  To elevate the pain he decided to surf the web before finding the rudest comments on his Twitter account.  But none of these things, which would usually keep him amused for hours, kept his interest.

It got to the point he was so bored he even started checking his spam emails.  As he scanned through the expected mail order bride and penis enlargement offers, he’d been assured he didn’t need one but he wasn’t convinced after the yoga incident, he noticed an unusual offer.

“Revolutionary cloth.  Be the first in the World to wear it.  Change your look, set the trend.”  His gut told him to leave t, but as he wasn’t most clever individual he brushed off the feeling thinking he was just hungry and opened the email.  Then because he thought he was hungry he clicked his fingers for a servant to bring him pizza.

The email only asked him for his contact details but nothing else, and for some unknown reason this lack of information made him even more interested.  This could be viewed as particularly odd when you consider the fact his management team had recently sent him on a course to learn about the ‘dangers’ of spam.  It also gave him the opportunity, which he had been waiting for, to use one of his super-secret identities which would stop his adoring fans finding out what he was up.

After he’d sent his details he decided to settle down in his private cinema to chow down on his pepperoni pizza.  He’d just inhaled the first mouthful when he heard an email land in his inbox.  One click on his ultra-clever remote and his 100 inch screen showed his emails and there was the response.

The email was polite and courteous.  They explained they wouldn’t be able to post pictures of the material as they didn’t want people to steal the idea so they could come and visit? They promised he could try on an outfit and for such a privilege all he’d needed to do was pay a $50k deposit, this would include the flight.  ‘The Emperor’ laughed out loud, what kind of moron did then think he was.  He then proceeded to crack open a bottle of his overpriced champagne and pop a few unidentified pills; he needed to get high after wasting his evening on this crap.

“Sir there’s someone here to see you.  They’ve brought you some new clothes, they won’t go away.”

“What the fuck are you talking about?”  Then in a horrible flashback moment he saw himself entering his credit card details into the spam email.  He leapt out of bed and ran downstairs.

“Give me my money back then get the fuck out of my house!” he screamed, rather more loudly than he intended.

“‘The Emperor’.  I’d no idea you’d contacted me, I’m a massive fan.  Now I’m here would you not even consider trying on an outfit?  This cloth was made for a man like you.  Everyone will envy you.  Everyone!  No one has worn it before, you’d be the first.  If you don’t like it I will give you your money back.”  It was the last sentence that convinced him to try it on, deep down he was a fair man.

After several hours and a lot of self-doubt about this new look ‘The Emperor’ finally came round to the new cloth.  It felt like skin, he could move so freely.  He loved it.

“I’m kicking off my new tour tomorrow and I’m going to wear this.  They won’t be prepared for this.  No more Mr Poster boy.”, and for the first time in a long time he felt great.

The following evening he strutted out of his dressing room in his new clothes with the confidence of a man who’d just shagged a 100 virgins and had won big at the casino.  His sycophants “oohed” and “aahed” as he walked by.  “Fuck, this concert is going to be awesome.” he shouted at them as he walked passed.

The crowd was going mental, girls were fainting before he’d even arrived on stage. They chanted his name again… and again… and again.  The platform he stood on rose from under the stage.  His arms were held high.  The noise was deafening.  Then silence.  Not a peep could be heard.

Then from somewhere in the dark a lone voice, “He’s stark bloody naked and look at the size of his dick.  It’s tiny!”

This was immediately followed by the sound of 30,000 cameras capturing him in his birthday suit.  Then the laughter.  Lots and lots of laughter.  He skulked off the stage, not just that stage but the Global stage.  He was fed up of people taking the piss.  He didn’t need them, he was loaded and could do whatever he wanted.  So he did and had a ball. 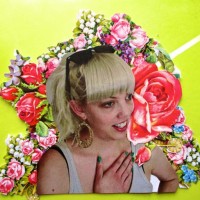 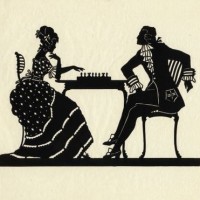 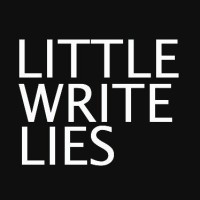 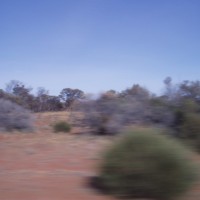 The Paperbook Blog
A Collection of Musings

A funny outlook on everyday issues

this is... The Neighborhood

the Story within the Story

"A Word of Substance"

A Tale of Love

reflections on a passing life

For Readers and Writers of Flash Fiction

Human, animal and other voices not my own

I know how to write for your business